What to Watch for – Caterpillars on Blackberries

Find this article at:
go.ncsu.edu/readext?247460
— Written By Hannah Burrack and last updated by Brandon Hopper

Every fall around this time, I start to recieve calls about caterpillars feeding on blueberries and sometimes blackberries and raspberries. This year, however, they came to me! This morning, I noticed that the tips of several primocanes on the blackberries in my front yard were defoliated. 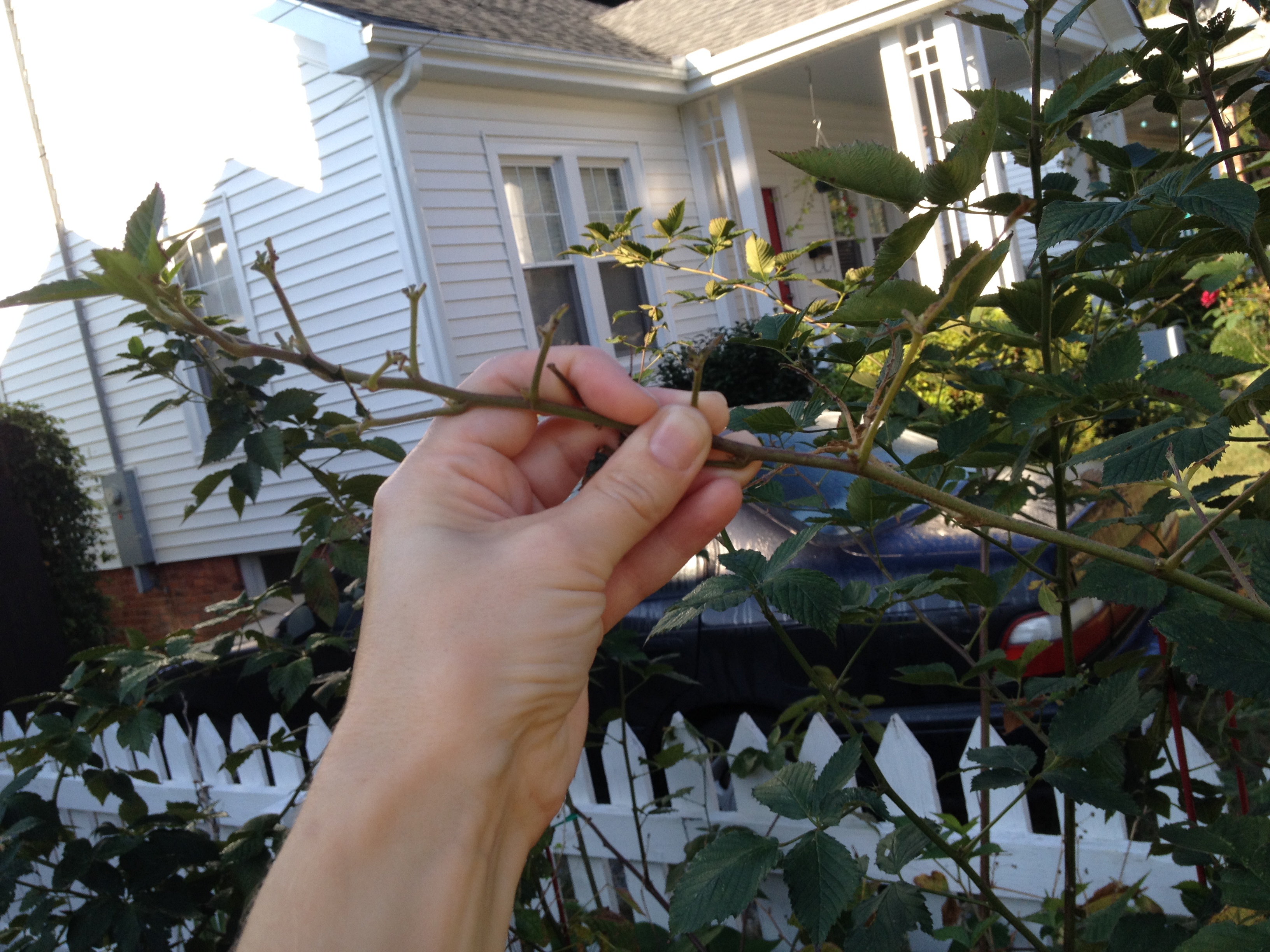 A number of caterpillar species can feed on perennial plants in the late summer and fall. Of these generalists, those that affect blackberries, raspberries, and blueberries include yellow necked caterpillars (Datana spp.), red humped caterpillars (Schizura concinna), and even eastern tent caterpillars (Malacosoma americanum). Closer inspection revealed several red humped caterpillars feeding on my plants. The common name for these caterpillars comes from the distintive red, raised band around their forth segment. The rest of their body is covered with yellow, white, and black stripes. 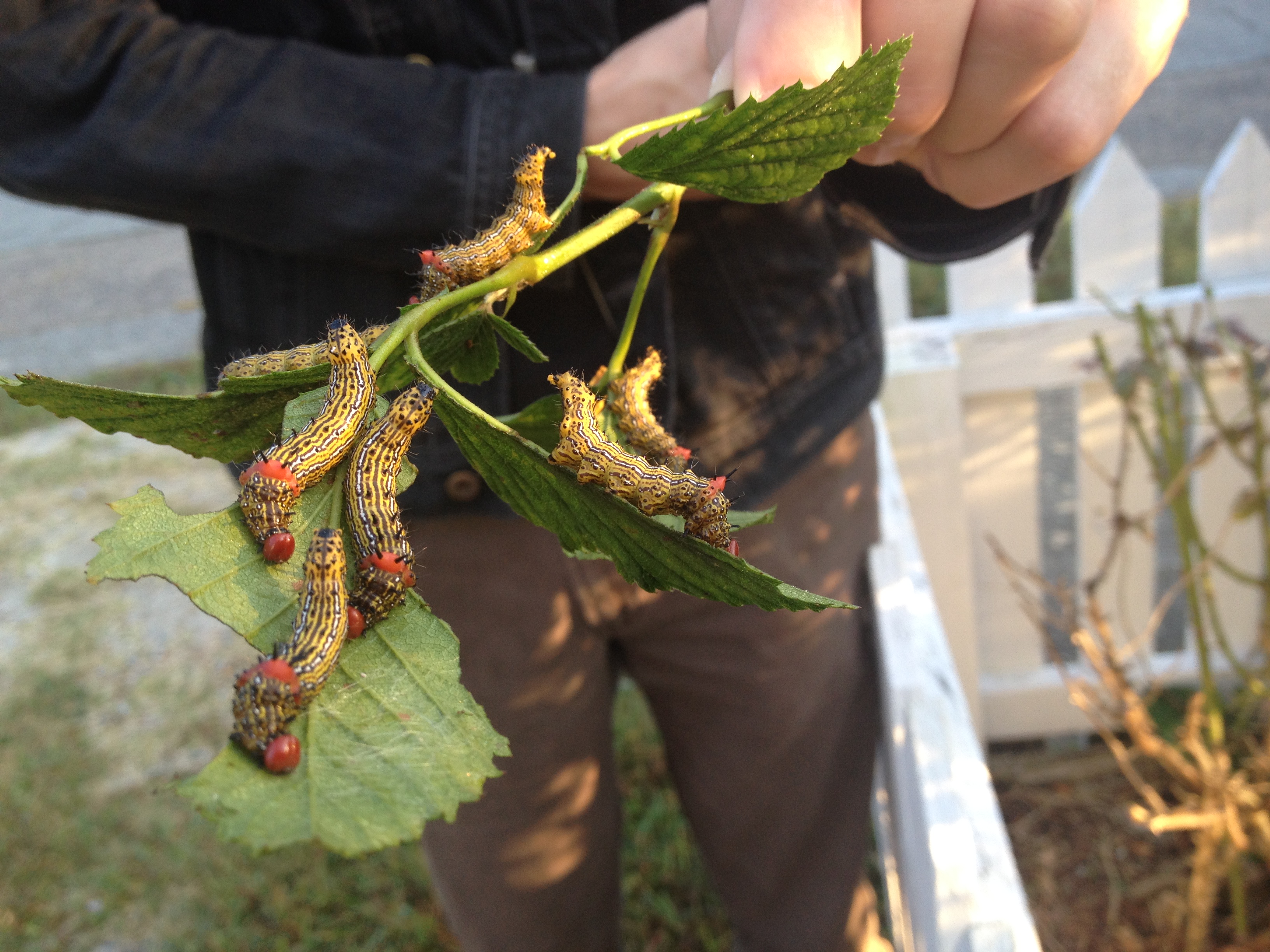 Most of the caterpillars on my blackberries were close to mature, which I determined by looking at their heads. The head of a caterpillar doesn’t expand like their body. Therefore, it if the head appears small relative to the rest of the insect, they are likely to molt soon. These caterpillars appeared to the last larval molt–or “instar”.

Despite the fact that they were nearly mature, I still wanted to remove the caterpillars from my plants. The amount a caterpillar eats is proportional to their size, so caterpillars eat the most volume of plant tissue when they are their biggest–during their last instar.

How should you manage foliar feeding caterpillars on berries?

Caterpillar populations are typically clusted on one or a few plants in an area. In fact, it’s likely that all the caterpillars on my plant hatched from eggs laid in a mass by a single moth. In commercial fields, this means that hand removeal, selective pruning, or spot treatments are often the least costly and most effective means to manage caterpillars in the fall. See the NC Agricultural Chemicals Manual for recommended conventional and organicall acceptable materials. In the home garden, hand removal of the caterpillars is the easiest means of control. However, wear gloves with removing caterpillars as some of the species that feed on berries have irritating or stinging hairs! After removing the caterpillars from the plants, drop them in soapy water or step on them to kill them.